Hello everyone! How has 2021 treated you so far? 2021 is starting out pretty chill for me. I have very little workload so more time to read and watch Youtube videos for me. Anyways, this week’s topic is “What makes something canon?” This is a very interesting topic for me because I’ve also been confused about this for a long time. So here goes my thoughts…

First, what does the term canon mean?

Okay so what does the term “canon” really entail? By definition (from wikipedia), it is the material officially accepted as part of a fictional universe. The term is actually originally used on the “canon of scripture” which was the set of books that will officially be used to teach the Christian faith. Basically, books were chosen to recognized by the church. Anyways, back to how we use the term “canon” in fiction right now, it basically means the books/novellas/statements that are accepted as truth in that particular fictional universe.

What do I consider as canon?

For me, the most important thing to consider what’s canon or not is it if it came from the mind of the original author. It doesn’t matter if the new information didn’t appear on the original works but if the author has published it in a novella or has confirmed it somewhere else, it becomes canon. The original author is the mastermind and creator of that universe and what’s true or not regarding that universe depends on him/her.

The problem with our time today is that it’s somewhat easy to interact with the authors. You can ask questions in Goodreads or tweet them. Although it’s improbable for them to respond to you, they actually can. There’s actually authors who are very active in social media and interacts with their audience. The problem here is that some authors answers questions or tweets without giving it much thought on how it actually affects their fictional universe.

Another problem here is that authors can announce new “canon” even if there’s really no indication about this new canon in the original work. This makes this new canon information feel like a last-minute after-thought. There’s also an instance where this afterthoughts were used to make the series more inclusive just like what happened with J.K. Rowling suddenly announcing that Dumbledore was gay. There were no hints of this in the original series.

How about adaptations? Are they canon?

In my opinion, no. The movies, even if they try to be faithful to the books, are in another “universe” than the book. The one who calls the shot isn’t the author but somebody else. There’s a lot of instance where characters “change” in the movie. Some characters can exist in the book but not in the movie in vice versa. There’s just so much change than can happen so books and movies just can’t co-exist in the same fictional universe. I mean… the Percy Jackson and the Olympians movie adaptation will never be canon.

The lines here would just be blurry if the author is active in the creative decisions in the movie. But still, a lot of changes can happen and to consider it canon would just be too complicated.

Well…. that’s it! Those are just my opinions about canon. How about you? What do you consider as canon? Chat with me through the comments below!

Let’s Talk Bookish is a weekly series hosted by Eternity Books and Literary Lion. If you want to join, you can check out the January 2021 topics here.

Hi, I’m Allana. I am a 25 year old bibliophile and couch potato. I spend most of my day reading books and in front of the tv binge-watching. 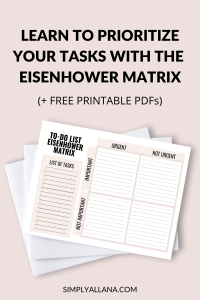